Alexander Jean, also known as Mark Ballas and BC Jean, released their new song Waiting For You today!  They also released the accompanying music video, which you can watch below!

Come behind the scenes of Mark Ballas and BC Jean as they work on new music in New York City where Mark is starring in Kinky Boots!

Mark Ballas talks about taking on the role of Charlie Price in Kinky Boots. 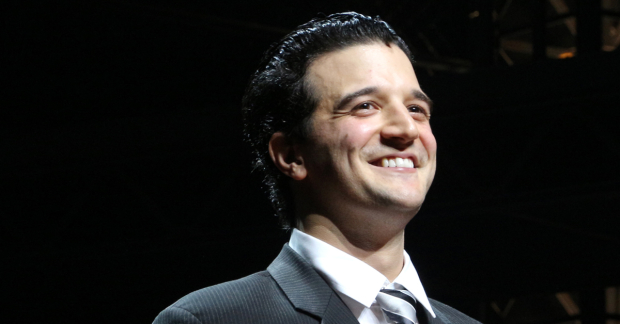 By Bethany Rickwald for Theater Mania

Emmy-nominated and two-time Dancing With the Stars champion Mark Ballas will take over the role of Charlie Price in the Tony-winning musical Kinky Boots at the Al Hirschfeld Theatre beginning on September 11. He succeeds David Cook, who will play his last performance on September 9. Ballas will play a limited run through November 4.

Ballas most recently performed on Broadway as the final Frankie Valli in the Broadway run of Jersey Boys. He returned to the role at the Muny in St. Louis this past summer.

The winner of six 2013 Tonys, including Best Musical, Kinky Boots features a Tony- and Grammy Award-winning score by Cyndi Lauper, a book by Tony winner Harvey Fierstein, and direction and choreography by Tony winner Jerry Mitchell. Kinky Boots tells the tale of Charlie Price, a young man reluctantly taking over his family's struggling shoe factory and looking for a fresh idea. Charlie meets and finds inspiration in Lola and together, they discover that it takes a good friend to make a great pair. 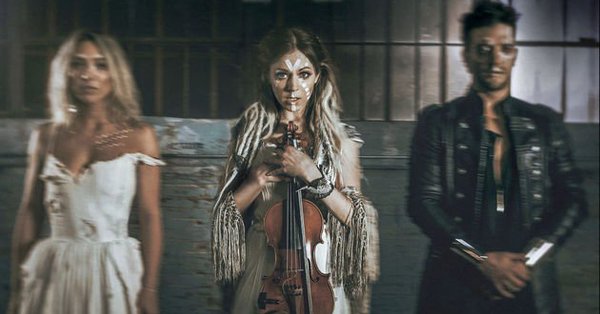 This piece of music has been special to me for a few years. BC & I tried writing to it, but it always felt like an epic piece of music verses your typical pop/rock song. So when we met Lindsey Stirling last year the light bulb

💡 went off. We are so happy this collaboration came together to add another layer. To top it off- having my beautiful wife’s soaring Chant like vocals on the “choruses” made it even more special.
It’s flamenco like/aggressive nature makes me think of my grandmother Bi Bi Ballas. I know she would’ve been proud of this one. I hope you all enjoy it.
Written by: all of us. Produced by: me Engineered by: Joseph McQueenrecorded at: BC & I house

In a tradition that started in 1978 with Frankie Avalon, the Toronto production of Grease: The Musical announced today four special cameo appearances by four surprise teen idols: Mark Ballas, George Canyon, Logan Henderson and Drake Bell - in the iconic role of 'Teen Angel'.

A highlight of both the theatrical and film versions of Grease, the 'Teen Angel' cameo includes the song Beauty School Dropout, a fan favourite. The role was originated on Broadway by Alan Paul, later a member of The Manhattan Transfer, and was recorded by 50s teen idol Frankie Avalon for the 1978 film adaptation of Grease.

"We asked legendary casting agent Robert Ulrich (Glee, The Glee Project) to find us a heartthrob to appear as the 'Teen Angel' for a week of shows. Instead, he found us four!" says David Galpern, Producer of Grease: The Musical.

This is the second Toronto run for Grease: The Musical. It follows a sold-out 10-week run at the Elgin & Winter Garden Theatre Centre in Fall 2017. Janel Parrish (The Perfectionists, Pretty Little Liars) reprises the role of 'good girl gone bad' Sandy. In this new production, she will be joined onstage by newcomer Matthew Helfer (How To Be A Vampire) as Danny, and supported by a young, energetic cast of Pink Ladies and T-Birds.

Mark Ballas, a veteran of 18 seasons of NBC's Dancing with the Stars, is also a choreographer, actor, singer and musician. He's appeared on Broadway in Jersey Boys.

George Canyon, is a two-time Juno Award winner and winner of 8 Canadian Country Music Awards. His new album, Southside of Heaven releases on May 25.

Logan Henderson rose to fame in 2009 with the Nickelodeon pop band and TV series Big Time Rush. After three successful singles, he is currently on a U.S. concert tour and has just released his latest solo album Echoes of Departure and The Endless Street of Dreams - Pt. 1.